Although the terms 'noise' and 'sound' can be used interchangeably, 'noise' is usually used to refer to an unwanted sound which has an effect on the listener, such as annoyance, while 'sound' is a generic term for anything acoustic. Learn more about noise and sound in the video below.

How does sound occur? Expand

How is sound measured? Expand

Sound is measured on a logarithmic scale using decibels (dB).

When sound is measured by acoustic equipment a correction factor is applied to reflect the sensitivity of the human ear. This factor is referred to as being A-weight corrected and is indicated by the letter ‘A’ next to the unit measure ‘dB’. Therefore noise levels are usually shown in dB(A) units.

What are example sound levels? Expand

The sound level of typical daytime urban-based activities can vary between 40dB and 85dB. The sounds in a nightclub often exceed 90dB.

The typical aircraft noise levels measured by our noise monitors are between 65dB(A) and 95dB(A). 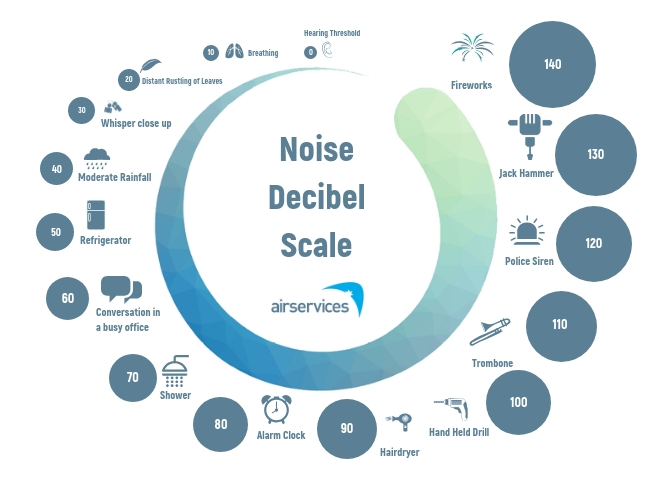 What is frequency or pitch? Expand

Most environmental sounds contain a broad range of frequencies. However, it is middle to high frequency sounds that tend to annoy most people.

How does sound travel? Expand

Sound waves travel out equally in all directions from their source. This is similar to the way ripples travel when a rock is thrown into a calm pond.

As soundwaves travel away from a source they become less intense as the energy is spread out over an ever increasing area and absorbed by the atmosphere.

As a result an aircraft can sound different depending on how far away it is flying. For example a distant jet aircraft is often heard as a low frequency rumble.

Although there are many sources of noise from aircraft (for example the engine, airframe, landing flaps and landing gear) it is usually the engine that causes the most noise.

To hear the difference between a selection of different aircraft types, captured on a noise monitor 5km from the airport, select the buttons below.

Keep the same volume as you listen to each file to compare the sounds. 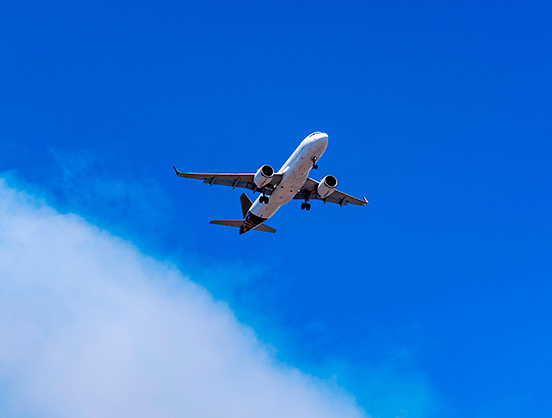 The sound made by different aircraft can vary depending on factors such as the type of engine (for example, propeller or jet) and the height of the aircraft.

Generally noise from departing aircraft is greater than from that of an arriving aircraft. On departure, the noise level experienced on the ground from a particular aircraft is influenced by:

Long range heavy aircraft such as the Airbus A380 or Boeing 747 climb more slowly than smaller aircraft and therefore can be heard at higher noise levels for longer.

Improvements in both engine and airframe technologies have resulted in modern civil aircraft being more efficient and quieter. Australia has one of the most modern (and quiet) fleets of any country.

Learn more about how we undertake noise monitoring at airports around Australia using our Noise and Flight Path Monitoring System.

Learn more about reducing the impact of aircraft noise at home.