Home » About us » Projects » Implementation of Approaches with Vertical Guidance

Implementation of Approaches with Vertical Guidance 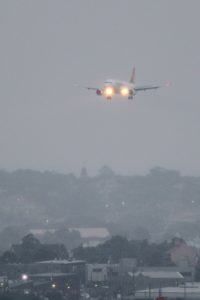 Following the adoption of Australia’s Policy Approach to Baro-VNAV Implementation in 2016, Airservices commenced a nation-wide program of Baro-VNAV APV approach rollout. At the beginning of the program, 114 candidate aerodromes were identified for implementation. Changes to International Civil Aviation Organization (ICAO) Baro-VNAV APV design criteria and infrastructure improvements at a number of aerodromes since 2016 allowed additional 26 aerodromes to be included into the program, bringing the total to 140 aerodromes.

As of 25 March 2021, APV approaches will have been implemented and in operational use at 134 Australian aerodromes. Further 2 aerodromes will receive APV procedures by the end of 2021 and the final 4 aerodromes included in the program are planned for APV implementation in 2022-2023 timeframe.

The completion of this program represents a significant contribution to the reduction of risk of controlled flight into terrain (CFIT) during approach and landing operations. It also fulfils Australian commitment to International Civil Aviation Organization (ICAO) Resolution A37-11 which urged member States to implement APV procedures as a CFIT mitigation measure.