Perth Airport and its air traffic control tower have had many transformations over the past 80 years.

The simple wooden, single-storey tower has long been replaced, most recently by an 80 metre tower opened by then Prime Minister Bob Hawke in 1987.

The Perth Airport (which was previously known as Guildford Aerodrome in the late 1930s) and the Civil Aviation Historical Society (CAHS) have shared with us historical images featuring the many faces of Perth Tower.

As with any story, a timeline is an important source of understanding history. The chronology of significant dates showcases how technology and infrastructure have changed over the years. 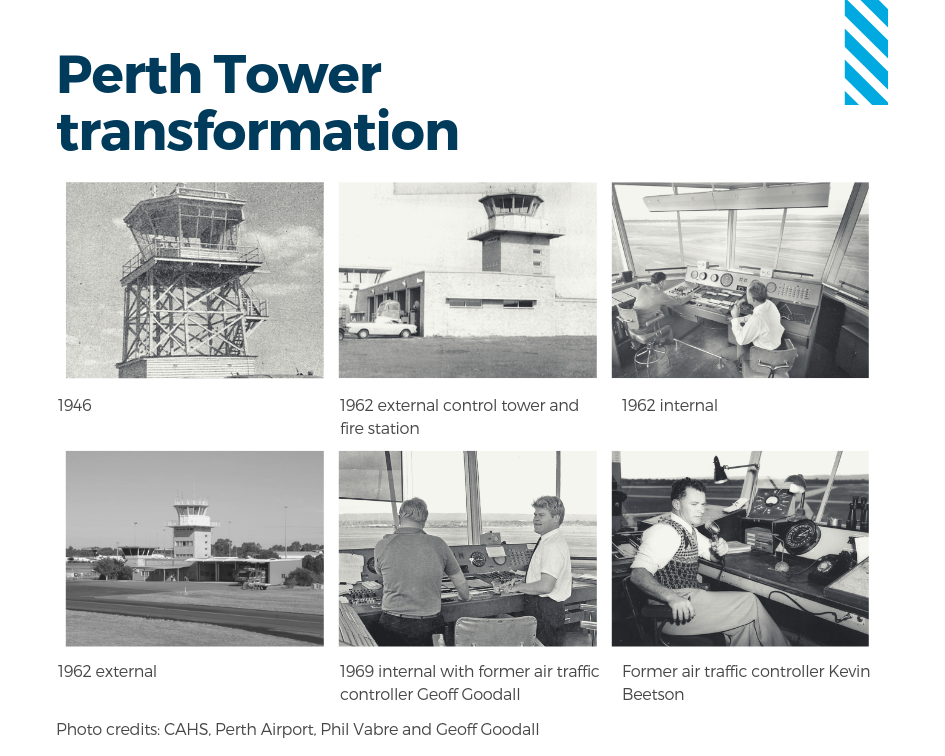 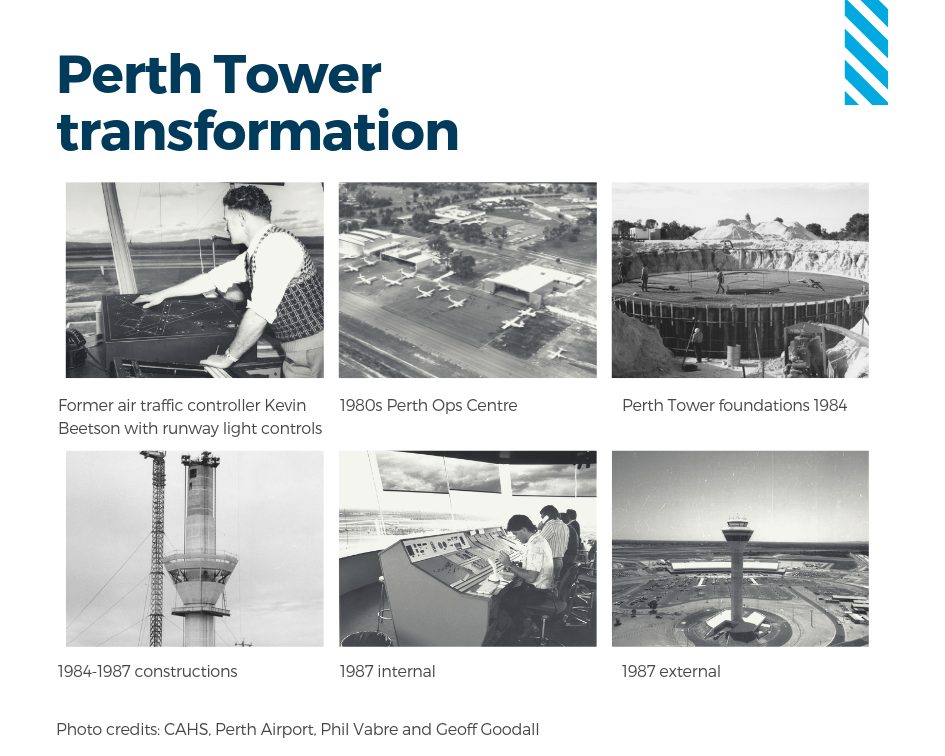 Check out all the video action of Santa’s visit to Airservices here. With Christmas fast approaching, Santa made a special, top-secret trip to Airservices Australia this week to confirm his flight path and ensure all is in order for Operation Present Drop on Christmas Eve. As Australia’s official Santa flight management team, Airservices has allocated […]

Airservices Australia is pleased to announce it has finalised an in-principle, 12-month Enterprise Agreement with the United Fire Fighters Union of Australia Aviation Branch (UFUAV). Airservices has been engaging with UFUAV and the Australian Public Service Commission to finalise a new Agreement in line with the Public Sector Interim Workplace Arrangements. Under the new Agreement, […]

Santa is coming and so are the planes!

The first sign of tinsel in the shops, empty shelves where the Christmas lights once were. The signs are unmistakable: Santa is coming, and so are the planes back to our skies. According to Airservices Australia, the organisation responsible for safely managing 11 per cent of the world’s airspace, Christmas 2022 is going to be […]