Airservices is committed to facilitating the successful entry of RPAS into controlled airspace in a staged process that will integrate with manned operations.

Airservices is committed to an inclusive approach to the safe integration of RPAS operations and recognise the opportunities and challenges generated by that the RPAS sector. Airservices is developing the Integrated Airspace Program that will seek to deliver more efficient and suited services to low level airspace users in the near future. Part of this program is to work with CASA to enable automated RPAS approvals for operations that fall within certain parameters.

No Fly Zones around controlled aerodromes

The Manual of Standards (MOS) Part 101 depicts no fly zones and approach and departure paths around controlled (and uncontrolled) aerodromes. The no-fly zone of a controlled aerodrome means any areas and airspace that are below 400 ft and: 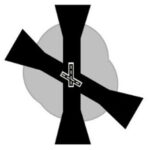 All applications for operations within the 'no fly zones' of a controlled aerodrome or above 400FT within controlled airspace must be forwarded to the CASA RPAS Office in the first instance. Visit 'Flying drones/remotely piloted aircraft in Australia' (www.casa.gov.au) for more information. Due to the nature of the operation and/or proximity to the aerodrome,  some applications may be rejected or only approved subject to restrictions of, but not limited to, geographic lateral limits, vertical (altitude) limits, a specific time block and specific communication requirements.

Applicants should review CASA requirements at https://www.casa.gov.au/drones before commencing an application. RPAS operators should also assess the extremities of their operating area to determine which portions of the no fly zones may be infringed. Flights that are within 3NM but do not infringe the grey or black portions of the no fly zones are more likely to be approved without further restriction. Controlled aerodromes are listed in the Designated Airspace Handbook (DAH).

Airservices process applications (to operate within the 'no fly zone' of a controlled aerodrome) based on the risk the operation may pose to conventionally piloted aircraft. The lower the residual risk, the greater the likelihood that the application will be approved. In order to reduce the risk to a minimum, the following should be taken into consideration.

Note: The following and diagrams are representative of the OLS for each aerodrome. For confirmation of accuracy and currency of the information, please contact the aerodrome operator.

Increasingly, steps are being taken to monitor RPAS traffic in the vicinity of their aerodromes through passive surveillance systems. Currently Airservices has deployed passive surveillance at all 29 controlled aerodromes in order to understand current levels of risk from RPAS. This system will be enhanced and expanded over time.

Airspace is being transformed at a rapid rate by the emergence of new technologies that will allow products, services and aid to reach people and places faster.