How airspace is managed

As well as being broken into controlled or uncontrolled airspace, Australian airspace is further divided into different classes, where internationally agreed rules for visual flight and instrument flying apply.

Depending on how far and how high an aircraft wants to fly, it will pass through different classes of airspace, in which different rules will apply to it. 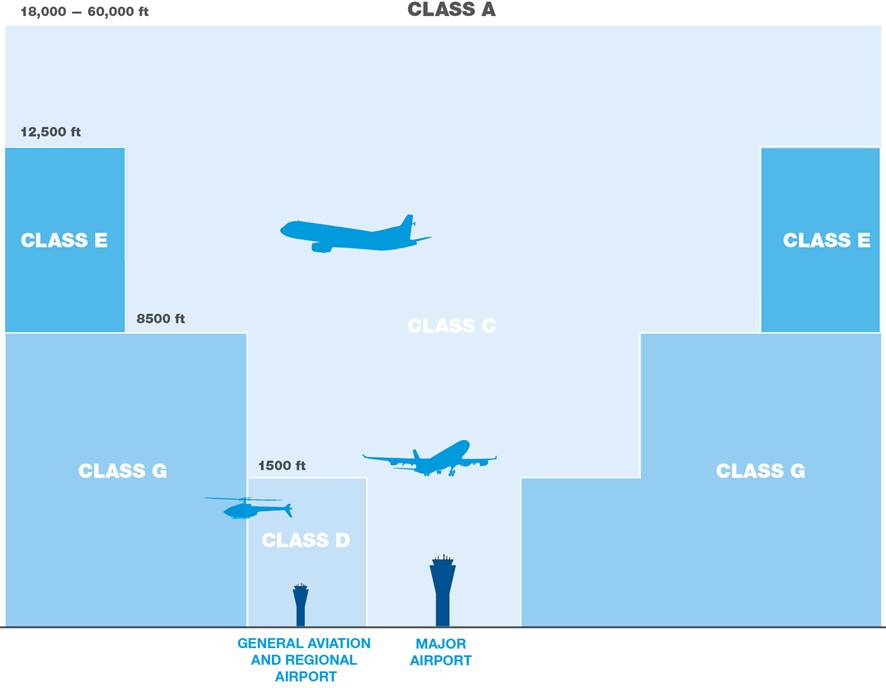 Class A: This high-level en route controlled airspace is used predominately by commercial and passenger jets. Only  IFR flights are permitted and they require an ATC clearance. All flights are provided with an air traffic control service and are positively separated from each other.

Class D:  This is the controlled airspace that surrounds general aviation and regional airports equipped with a control tower. All flights require ATC clearance.

Class E: This mid-level en route controlled airspace is open to both IFR and VFR aircraft. IFR flights are required to communicate with ATC and must request ATC clearance.

Class G: This airspace is uncontrolled. Both IFR and VFR aircraft are permitted and neither require ATC clearance.

Note: At towered airports the class of airspace may change subject to the time of day.

In restricted airspace, aircraft movements are reduced to those with certain specified permissions. CASA’s Office of Airspace Regulation  is responsible for restricted airspace. Examples include airspace around military installations, high-density flying operations at an air show or other large public event. Restricted airspace may also be imposed by police for safety or security reasons near bushfires or major crime scenes.