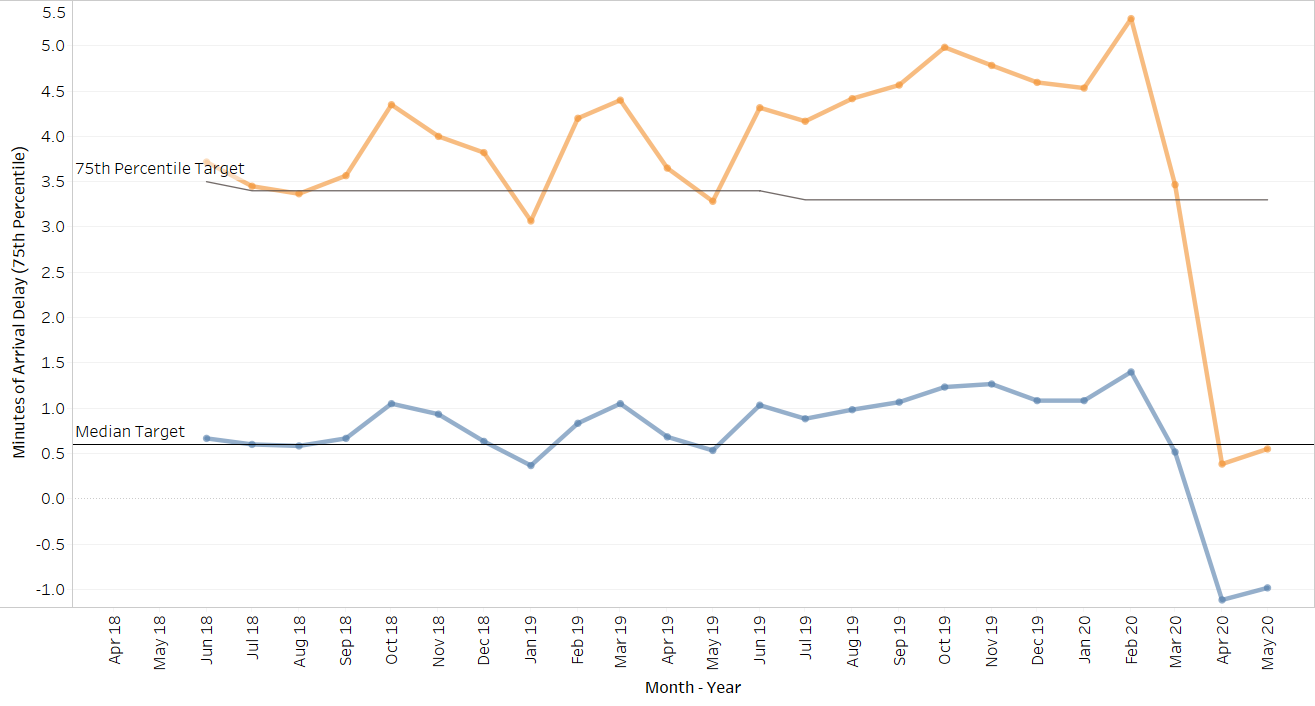 The long term (48-month) trends of the 75th percentile airborne delay for each of the four major airports are depicted in Figure 6. The trend for Sydney is upwards and down for Brisbane. More detailed analysis for each airport is presented later in this report. 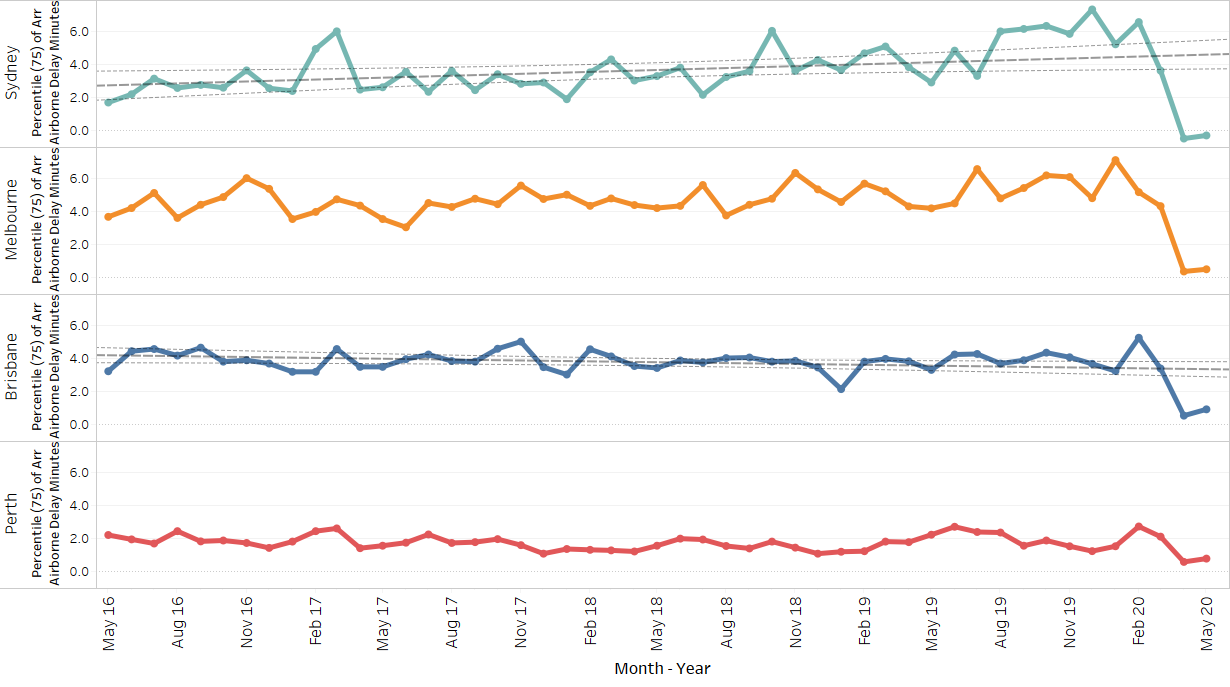