ABAS is contained within the aircraft and achieves integrity by comparison of multiple position solutions and is suitable for two-dimensional navigation such as enroute and non-precision approach.

GBAS is a local area solution, typically at an aerodrome which monitors core constellation satellites from a closely spaced network of receivers to provide integrity alerting and improved accuracy to support three-dimensional navigation comparable to instrument landing systems (ILS) for precision-approach operations to decision heights as low as 200ft. GBAS has a future capability to support precision approach and landing operations without decision height. 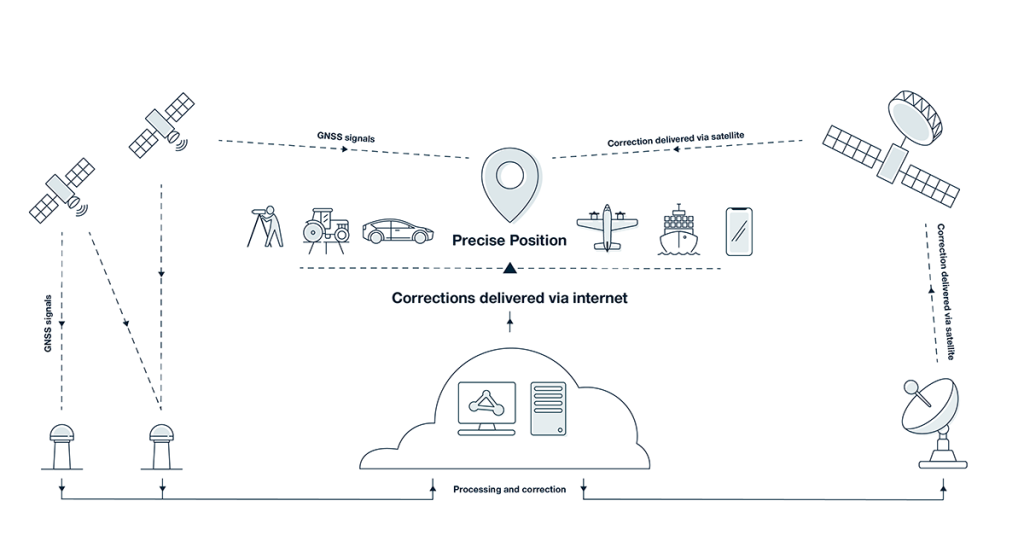 The aircraft user with the appropriate avionic receiver will benefit from enhanced navigation capability enabling 3D approaches and greater availability. Operational benefits include safety improvements, regularity of service and reduced disruptions due weather-related diversions. As a wide-area system, these capabilities can be realised without the need for installation and maintenance of location dedicated radio navigation aids.

SouthPAN will be certified for aviation use against the International Civil Aviation Organisation standards for safety, integrity, continuity of service and availability. It will be interoperable with avionics used for the United States Wide Area Augmentation System (WAAS) and European EGNOS.