With the rapid growth in air traffic and a resulting need to ensure our airspace is managed as safety and efficiently as possible, Australia is at the forefront of a navigation modernisation effort to transition pilots from using ground-based navigation aids to satellite as their primary means of navigation.

In accordance with the CASA mandate, Airservices is redesigning some of its landing approaches at airports around the country to ensure we continue to have the safest and most efficient air traffic management system possible, meeting the expectations of airspace users and the travelling public into the future. Landing procedures are being updated at over 50 airports across Australia by 2018. 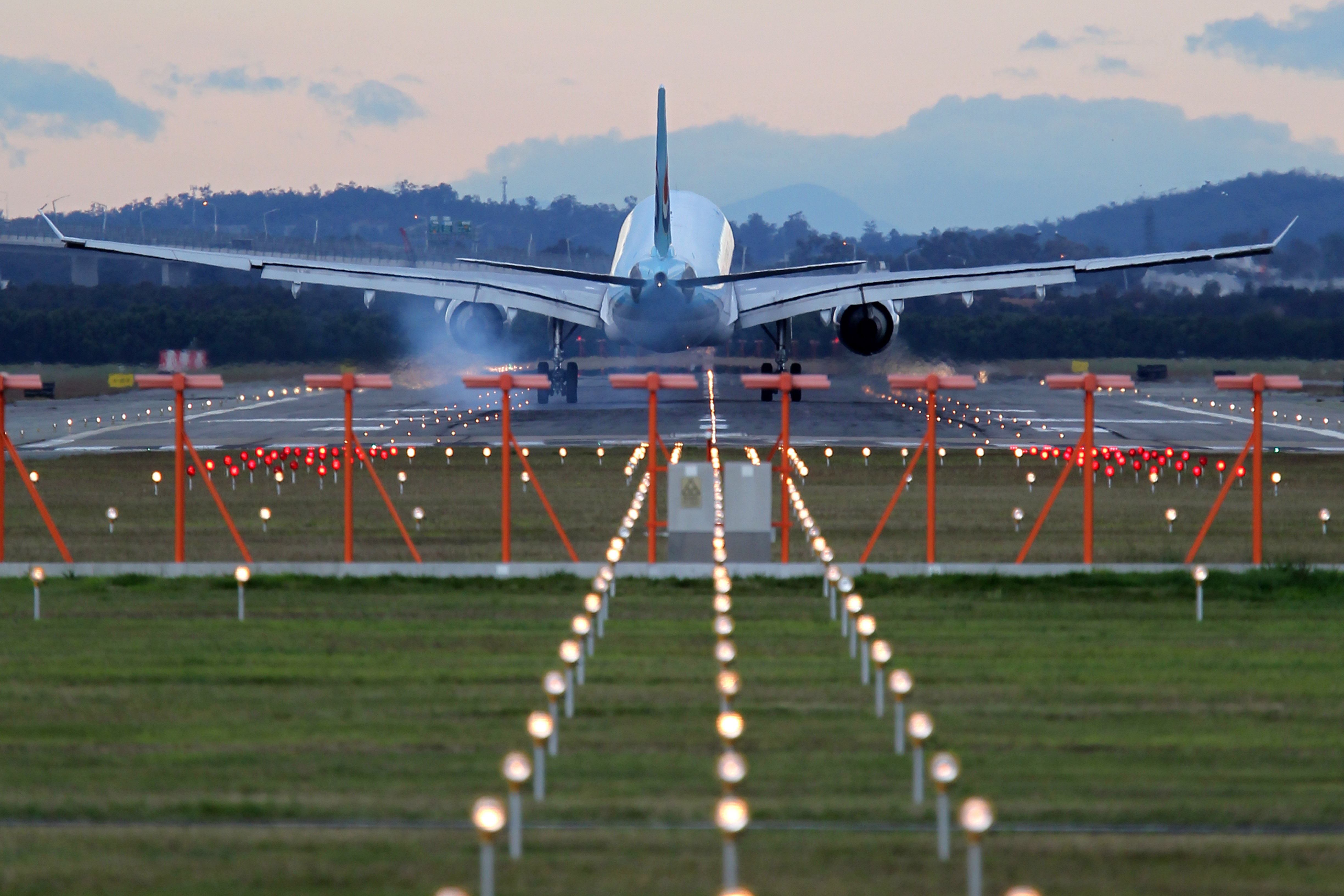 According to recent ICAO and CASA requirements, the last few nautical miles of all final approaches to runways, including satellite based approaches, must be in a straight line with the runway to ensure the highest level of safety is achieved.

What is the change? Expand 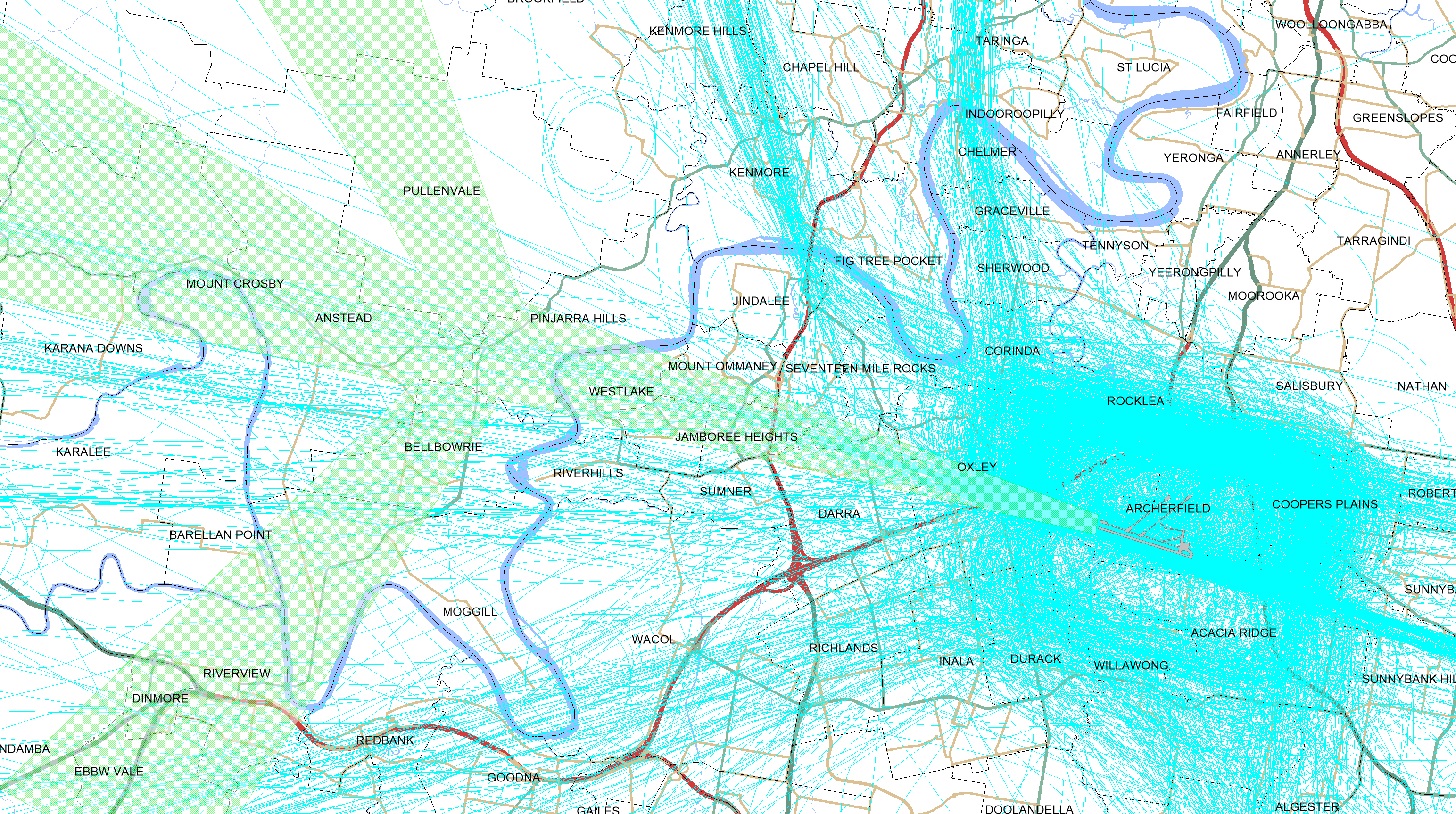 Example of current flight tracks at Archerfield Airport are shown with blue lines, new GNSS arrival flight path (as of 26 May 2016) shown in green (click for larger image).

When will the changes happen? Expand

The arrival flight path will be available for suitably equipped operators from 26 May 2016.

How many aircraft use this flight path? Expand

The flight path is expected to be used, on average, for 15 flights a day.

Information on the flight path changes implemented on 18 August 2016 is available on our Aircraft Noise – Airports page under the Gold Coast Airport drop down menu.

What are the changes? Expand

Links between flight paths to and from the north and east

The majority of commercial aircraft operating at Gold Coast Airport are travelling to and from destinations to the south. For this reason, the flight path network comprising of arrival and departure procedures are well established.

This is not the same for aircraft arriving to and from the north and east where there are ‘gaps’ between procedures off the coast. Aircraft are manually guided between these procedures by air traffic control which is an acceptable safe practice when traffic levels are low.

The ongoing growth in air traffic to and from the north and east now requires these flight paths to be linked up in order to ensure the highest levels of safety are maintained. Once this has occurred, pilots will be able to fly close to landing at the airport on autopilot without requiring the navigation assistance of air traffic control as currently occurs for aircraft travelling to and from the south.

A new navigation system called Barometric Vertical Navigation (BARO VNAV) has recently been developed to assist pilots when landing. BARO VNAV uses satellite signals to position an aircraft horizontally and barometric pressure to control the vertical descent to the runway.

A Smart Tracking procedure will be established at the southern end of the airport which will be available for use by all suitably equipped aircraft. This will replace the existing Smart Tracking proprietary procedure which limits use to specified airlines and aircraft types. The Smart Tracking flight path will remain in its current location, offset to the east of the extended runway centreline.

For aircraft landing to the southern runway end, a BARO VNAV procedure will be established within the runway-aligned existing flight path corridor.

The Non-Directional Beacon (NDB) and VHF Omni-Directional Range (VOR) procedures involve tracking towards the ground-based navigation aids which are adjacent to, rather than in line with the runway. As the positions of the NDB and VOR on the ground are some 400 metres to the west of the runway, it is not possible for their new flight paths to be fully runway aligned.

The Instrument Landing System (ILS) proposal received Government approval in January 2016. It is anticipated the system and its new flight path will be available for use by mid to late-2017.

In the three months prior to the system becoming operational, Airservices and Gold Coast Airport will provide follow-up information to remind the community about the purpose of the system, its expected level of use and the anticipated noise impacts of aircraft using this flight path.

Noise abatement procedures are guidelines which aim to reduce the impact of aircraft noise on the community. They generally include procedures for preferred runway use and flight paths to reduce flights over residential areas.

Working with the Gold Coast Airport, respective airlines and the community Airservices intends to revise the Gold Coast Airport noise abatement procedures to create a baseline of expectation for aircraft to use alternate landing technology to the ILS and instead use satellite-based landing systems whenever possible as being preferred over ground-based navigation systems.

Finalising a draft change to the noise abatement procedures requires input from air traffic control to ensure the proposed wording is safe and practicable. The timing of any community discussion is yet to be determined.

When will the changes happen? Expand

The community will be kept updated with the program’s key elements as they are progressively rolled out through to the end of 2017.

Contact the Noise Complaints and Information Service (NCIS) via:

An interpreter service is also available on 131 450.